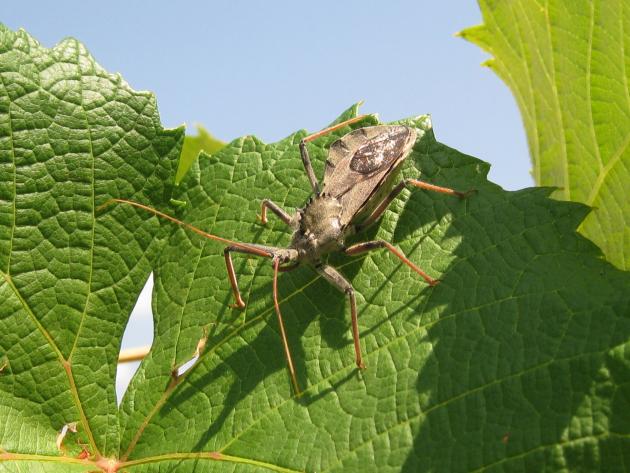 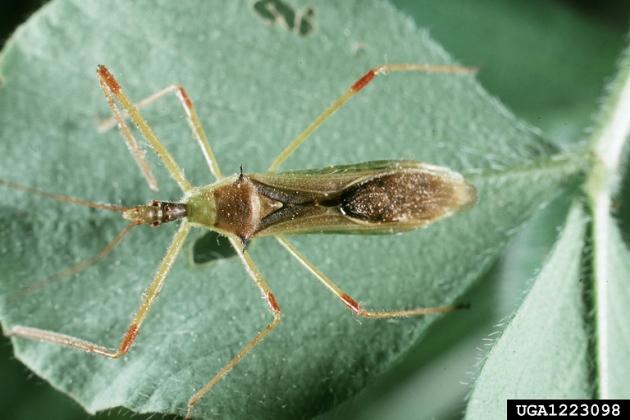 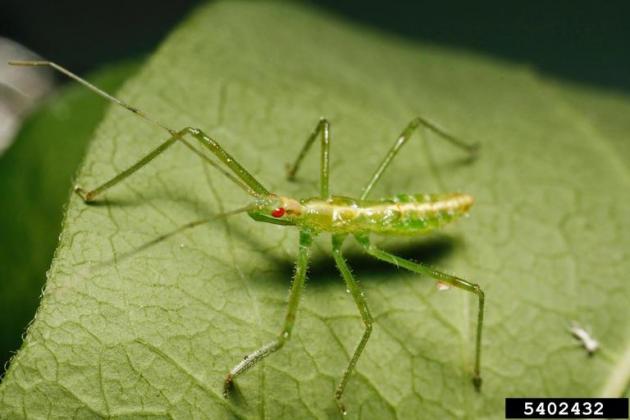 Assassin bugs are important predators, since both adults and nymphs feed on a variety of insect pests. Some species specialize on one particular prey type such as ants, while others are generalists, feeding on anything from small items such as aphids and insect eggs to larger prey such as leafhoppers and caterpillars. They may even feed on other benficial insect species. Even though assassin bugs are mostly predaceous, they should be handled with care or just left alone when found because they can inflict a painful bite.

Assassin bugs are quite mobile and are found in a variety of habitats, but they will most often be found in vegetation, searching for prey. The adults are poor flyers, but adults and nymphs will move rapidly if disturbed.  Several species of assassin bugs can be encountered in the vineyard. One of the most commonly encountered species in the southern Great Plains is the wheel bug (Arilus cristatus). The wheel bug is distinctive because it has a crest behind its head that resembles a cog wheel. Other species include the spined assassin bug (Sinea diadema and Zelus species).

Assassin bugs vary widely in size and color. Adults can be as long as 1½ inches and range from brown or gray to bright orange with stripes. Assassin bugs have large, grasping front legs, narrow heads, and a long, three-segmented “beak”. The abdomen also extends past the wings in the adults.  Assassin bugs undergo gradual metamorphosis, and the nymphs resemble adults, except they lack fully formed wings.  Eggs are brown and laid in masses on plants or in the soil.