The Guyot training system is a part of a group of systems referred to as a VSP system (vertical shoot positioned; other examples include the lyre system).  The system was developed in France in the late 1800s and is named after Dr. Jules Guyot.  The training system was designed for low to moderate vigor vineyards; it accommodates fewer buds and vine growth per linear foot of vineyard row than other training systems. Vigorous vines are not well suited to the Guyot system, and will result in high shoot density and inner-canopy shading, reducing leaf surface area exposure.

The Guyot system can be configured in a number of different ways, but it is traditionally cane pruned. While the system does encompass cordon-trained vines, those systems are more commonly referred to as “spur-pruned VSP” than Guyot.  The single or unilateral Guyot refers to a one-cane (or one-cordon) system, and a double or bilateral Guyot refers to the training system with two canes or (cordons) originating from the trunk. This training system is very popular in many winegrape vineyards, particularly in Oregon, Washington, California, Europe, and Australia. These areas boast both cane and cordon systems; cane-based  Guyot being favored in cooler areas, and cordon-based Guyot being favored in warmer locations. 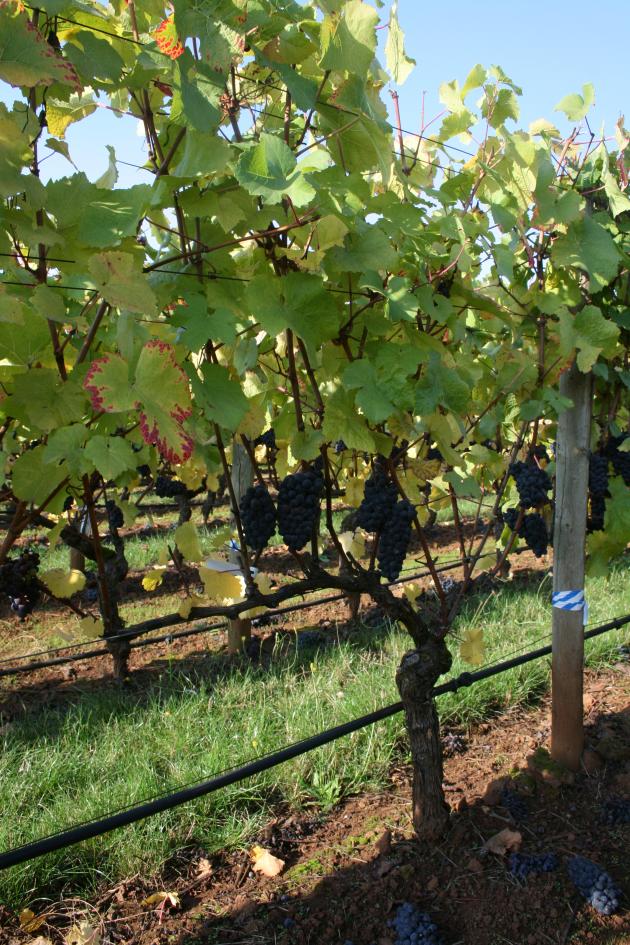 A unilateral Guyot trained vine has one cordon and all shoots are positioned into catch wires on a vertical trellis. Photo by Patty Skinkis, Oregon State University. 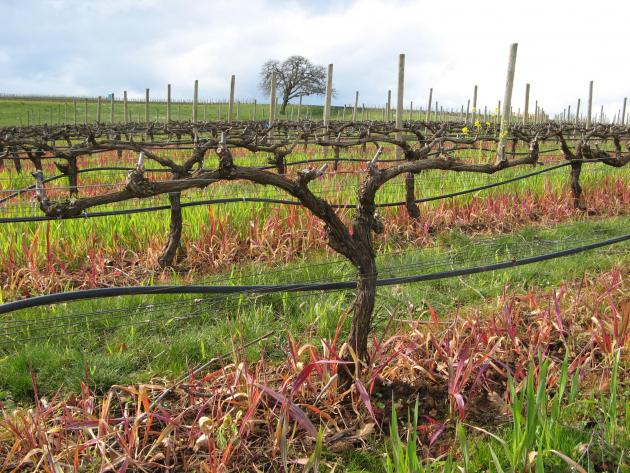