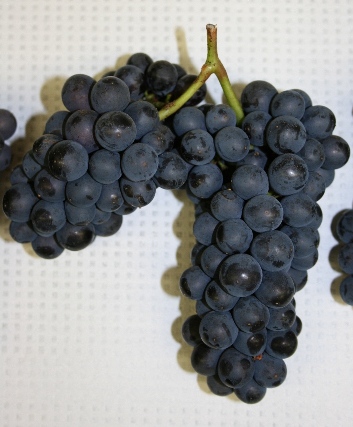 Pinot noir has among the earliest budbreak and harvest dates when compared to most varieties. Since it is a short-season variety, it is chosen for marginal sites where temperatures preclude other varieties from reaching full maturity. Early budbreak often puts it at risk for spring frost. Likewise, temperatures are more likely to be cool and damp during the bloom period, which can result in coulure or millerandage, thus reducing fruit set and yield.

In the continental US

Cool climate Vitis vinifera winegrape. This is one of the few red cultivars that can be grown in cool regions but is often not cold hardy enough nor disease resistant enough for production in the continental US.

On the West Coast

This cool-climate cultivar is one of the main red cultivars grown in Oregon’s Willamette Valley and in coastal regions of California. It is generally early to break bud in spring and ripen, and for this reason has been grown widely in cool climate regions.

In the northeast US

Because of its early ripening (first week of October in Geneva, NY) relative to other classic red V. vinifera varieties and its reasonable cold hardiness, Pinot noir is an attractive choice for the cooler production areas of New York. However, the variety has two important defects. It tends to produce very compact clusters of thin skinned fruit which are very susceptible to Botrytis infection and subsequent bunch rot, and wines tend to be deficient in color. Color is invariably a problem when the fruit is harvested early to avoid bunch rot. Bunch rot is rarely a problem for sparkling wine production because the fruit is properly harvested before bunch rot becomes a problem.

In the mid-Atlantic US

Research is needed in this region to evaluate some of the numerous Pinot noir clones that are available. The principal limitation seen with Pinot noir currently being grown in Virginia is the tendency for the fruit to rot before it is ripe. Vintners interested in sparkling wine production might have justification for considering this variety, though. Fruit destined for sparkling wine production is typically harvested at lower sugar and higher pH levels than is fruit used for still wine production. That earlier harvest could avoid many of the potential rot problems.