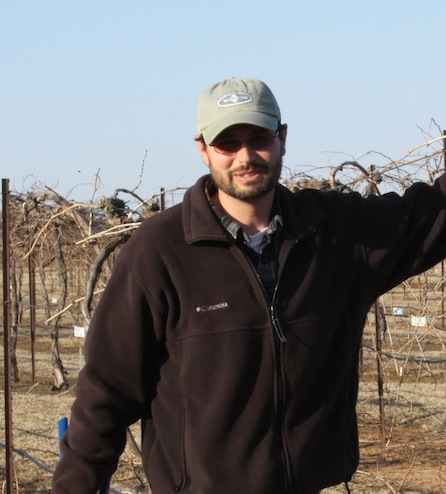 Dr. Eric T. Stafne is an Extension and Research Professor at Mississippi State University and the Coastal Research and Extension Center.  His office is at the South Mississippi Branch Experiment Station in Poplarville.  Dr. Stafne holds a B.S. in Forestry from Michigan State University, an M.S. in Horticulture from the University of Arkansas, and a Ph.D. in Plant Science from the University of Arkansas.  He has an extensive background with fruit and nut crops, both in academic and applied settings.  From 1994 to 1996, he was a Peace Corps Volunteer in Senegal, West Africa where he worked with citrus and mango trees.  After graduating from UA with his M.S.in 1999, he worked at the Sugarcane Research Station in Canal Point, Florida.  From 2001 to 2005 he was a research technician at the University of Arkansas in the fruit breeding program.  There he managed blackberries, blueberries, grapes, peaches, and strawberries.  In 2005, he was hired as an Assistant Professor and State Extension Specialist for Fruit Crops at Oklahoma State University and worked there primarily with wine grapes and pecans until 2011 when he made the move to Mississippi State University.  He maintained a successful blog in Oklahoma on the topic of viticulture.  Dr. Stafne was also the national project director for the eXtension Grape Community of Practice.