For Those with Heart Disease 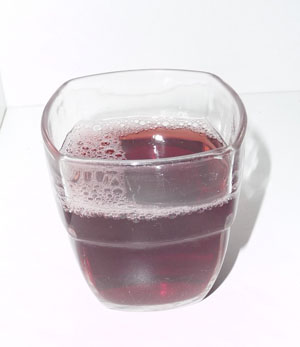 Findings have shown that consumption of grape juice is beneficial to the heart of both healthy individuals and those with existing chronic conditions. In healthy subjects, O’Byrne et al. (2002) compared the antioxidant efficacy of two weeks of consumption of Concord grape juice to that of vitamin E. Their findings demonstrated that Concord grape juice flavonoids (a large family of phenolic compounds that includes pigments such as anthocyanins) are potent antioxidants that protect against oxidative stress and reduce the risk of free radical damage and chronic diseases. Another study on healthy subjects by Vinson et al. (2000) demonstrated that one week of drinking grape juice, but not orange juice, protected against LDL cholesterol oxidation. LDL oxidation is one of the key events in accumulation of fat within the vascular wall that leads to the development of atherosclerosis.

For those with heart disease

The cardiovascular effects of grape juice were also investigated in subjects with existing heart disease. Stein et al. (1996) investigated the effects of purple grape juice on patients with coronary artery disease (CAD). Their findings demonstrate that short-term ingestion of purple grape juice improves endothelial cell (the thin layer of cells that line the interior surface of blood vessels) function and reduces LDL oxidation, which may in part explain the cardiovascular health benefits of grape juice. Chou et al. (2001) showed that when participants with CAD consumed either one of the two doses of purple grape juice (4.0 or 8.0 ml of juice/kg of body weight twice daily) for 56 days, both doses of grape juice exhibited similar beneficial effects on endothelial cell function. They also observed that when vitamin E supplementation was combined with grape juice consumption, no further benefit was provided. Despite the relatively high carbohydrate content, consumption of purple grape juice was shown to have no adverse effects on lipid and glucose metabolism in these individuals with CAD. In individuals with CAD and taking aspirin, purple grape juice did not provide additional anti-thrombotic effect but was able to suppress inflammatory markers originating from the platelets, another factor linked to CVD (Albers et al., 2004).

Taken together, these studies suggest that consumption of grape juice offers cardiovascular benefits not only to healthy individuals, but also to those with underlying chronic conditions.