Most table grape production worldwide is based on Vitis vinifera; however, this species lacks the cold hardiness and disease resistance that makes growing it viable in most states east of the Rocky Mountains.

Eastern table grapes are interspecific hybrids of V. vinifera and another American grape species, most often Vitis labrusca. The most well-known V. labrusca cultivar is ‘Concord’. Vitis labrusca grapes have a pulp that does not adhere to the skins, more commonly known as slipskin. The berry texture is not crisp and is very different than that V. vinifera table grape cultivars.

A description of the Arkansas cultivars and their characteristics is given below. 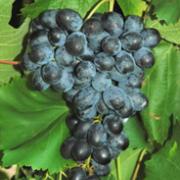 ‘Faith’ is a blue, non-slipskin, seedless grape that ripens early, late July to early August in Arkansas. It has a largely neutral flavor with slight fruity flavor in some observations. Berries average 4 g, and cluster weight ranges from 150 to 250 g, medium in size. Soluble solids content averages 19% and skin is edible. Fruit cracking was usually not found after summer rainfall during ripening or at maturity for ‘Faith’.  Vines usually have moderate vigor and yield and exhibit good cold hardiness in Arkansas. This new variety should complement ‘Jupiter’ for the early local market for table grapes. Negative aspects include uneven set of berries in some years resulting in reduced cluster fill, occasional seed traces that can harden in some years, and a slight skin astringency noted occasionally. 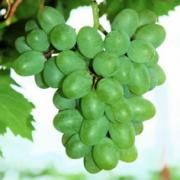 ‘Gratitude’ has an exceptional crisp texture with seedless, green (white) berries. Berry weight averages 3.5 g  and clusters can weigh up to 500 g. Harvest of ‘Gratitude’ is usually late August in central Arkansas with moderate yields. Skin is very thin and in most years no seed traces were found. Soluble solids content averages 19%, and flavor is neutral, similar to most Vitis vinifera table grapes. Fruit cracking was not observed, an exceptional characteristic for a crisp, thin-skinned variety grown in an area with rainfall near maturity and harvest. Clusters are usually very tight. Productivity is moderate. Negative characteristics for ‘Gratitude’ include occasional winter injury to vines and tight cluster fill. 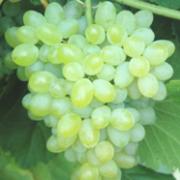 ‘Hope’ is a white (green) seedless grape with a fruity flavor and high yields. Berries average 3 g. Seed traces are seldom seen with ‘Hope’.  Soluble solids content averages 19%, and berries are non-slipskin. Texture is soft. Only slight fruit cracking was seen following rainfall. Harvest of ‘Hope’ was usually August 20th in central Arkansas. Clusters are usually very tight and range from 300 to 330 g. Yields were usually 35 to 50 lb/vine. Vines are moderate in vigor. Negative observations have included excessively tight clusters and a moderately thick skin. 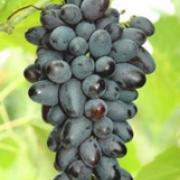 ‘Joy’ is a blue, non-slipskin, seedless grape with exceptional fruity flavor. The skin is very thin, likely the thinnest of any Arkansas-developed grape. Fruit cracking during rainy periods near or at harvest has rarely been seen. Berry weight averages 3 g and clusters weight is usually near 300 g. Average harvest date is August 11th in Arkansas. Vine yield is usually moderate to high, and vines have moderate vigor along with consistently good vine health. Shortcomings include a very soft texture, occasional variable berry set resulting in some “shot” berries, and shatter of ripe berries at maturity noted in some years. Occasional hard seed traces were seen with ‘Joy’. 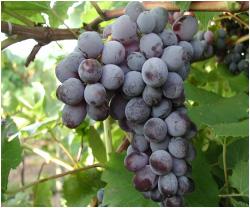 ‘Jupiter’ is a reddish-blue colored, seedless grape with a mild Muscat flavor. It is a non-slipskin type with crisp flesh texture. Skins are relatively thin and fruit cracking is not common. The individual berries are relatively large as are the clusters. Fruit yields of ‘Jupiter’ may run as high as 10+ tons per acre. Although termed a seedless grape it may occasionally produce a noticeable, soft seed trace.  The vine is moderately vigorous and has moderate resistance to common fungal diseases. This vine is one of the hardier Arkansas cultivars. 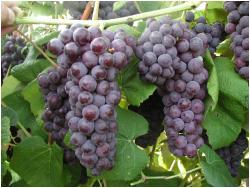 ‘Mars’ is a reddish-blue colored, seedless grape with a foxy flavor (a flavor often associated with Vitis labrusca grapes). Berries are medium in size and are slipskin.  Skins are thick and fruit cracking is seldom a problem. Yields of ‘Mars’ can be 10 or more tons per acre. It is extremely cold hardy with a very vigorous growth habit. It is the most disease resistant of the Arkansas cultivars. 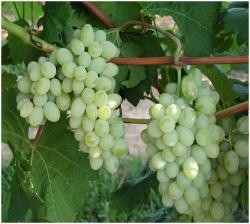 ‘Neptune’ is a seedless, white grape that is non-slipskin and has a fruity flavor, but is not foxy. This cultivar has excellent clusters that are fairly large and loose enough to deter much bunch rot. The berry size is medium, not as large as some table grapes, but certainly large enough to be pleasing. Yields are moderate for a table grape, in the 5 tons per acre range.  Its cold hardiness is moderate for a table grape. The vine itself has medium to low vigor making it a good choice on sites where excess vigor could be a problem. The fruit is also resistant to cracking, which can be a problem on other cultivars in years where rainfall during harvest is present. 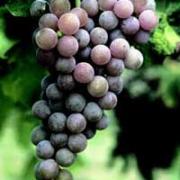 ‘Reliance’ is a red, seedless cultivar that has proven to be very cold hardy in the northern United States. It is the most widely sold Arkansas cultivar. It has a very good, fruity flavor, but is also very susceptible to fruit cracking near harvest because of its thin skin.  Berries are small to medium in size with medium to large clusters.  Seed traces are almost never found, unlike some other seedless cultivars.  Yields of ‘Reliance’ are moderate, around 5 tons per acre.  The vine vigor is moderate and it has moderate resistance to common fungal diseases. 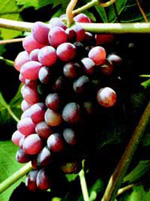 ‘Saturn’ is a red, seedless cultivar with a strong fruity flavor. It is a non-slipskin type that stores well. It has some issues with cold hardiness and disease susceptibility that limit its commercial viability. Berry size for ‘Saturn’ is medium with medium to large clusters.  Some desirable traits of ‘Saturn’ are non-slipskin and crisp flesh.  Yields tend to be low to moderate for an eastern U.S. table grape, around 4 tons per acre. 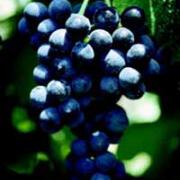 ‘Venus’ is a mostly seedless, dark-colored grape that has a foxy, Muscat flavor. It has attractive clusters and is a reliable producer. Berries of ‘Venus’ tend to be medium in size and clusters are medium to large in size and tightly packed.  The berries have a slipskin.  Although considered a seedless grape, ‘Venus’ berries often have a noticeable seed trace.  Yields can be high, up to 10 tons per acre for ‘Venus’.  The vine is moderately cold hardy and has a moderate vigor.  It has some resistance to common fungal diseases. 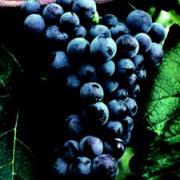 The parentage of ‘Sunbelt’ is Concord O.P. (open pollinated). It is a blue juice grape that is very similar to ‘Concord’ but displays even ripening under hot conditions. Taste and growth habit are very similar to ‘Concord’. Berries are seeded and large. Clusters of this cultivar tend to be small. Yields tend to be low to moderate for an eastern U.S. table grape cultivar, 4 to 5 tons per acre. The vine displays good cold hardiness and moderate vigor. It has moderate to high resistance to common fungal diseases.